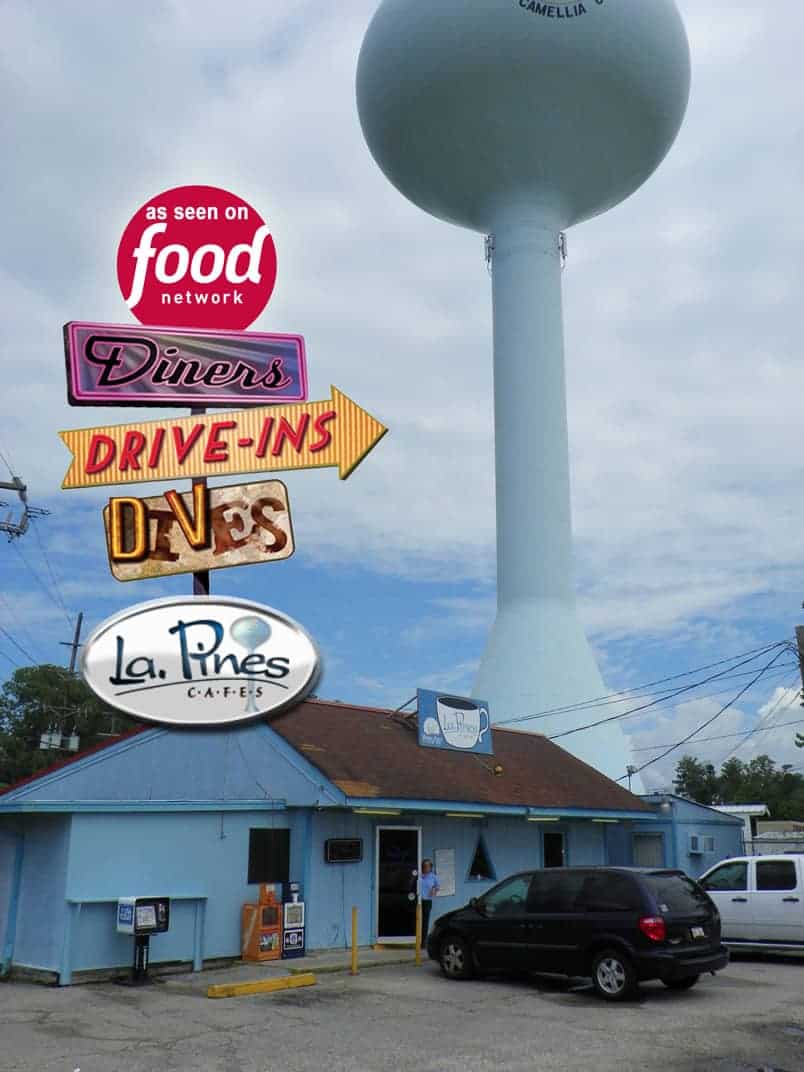 Where It All Began…

James Vandenburg’s history in the restaurant industry was a long one. He started in Nashville, Tennesse at Shoney’s and worked his way up to manager of the southern region. In order to cover his territory, he settled in Slidell to commute between stores. Shoney’s had some cutbacks in the region which closed several stores, Jim then moved on to become the food & beverage director aboard the Delta Queen paddle wheeler. After a few years Jim grew tired of the travel, especially the time spent being gone from home. One day after a round of golf with some friends, at the nineteenth hole, a discussion of a restaurant came up. His friend Pete Pine, offered to put up money to open a restaurant on the condition that Jim would agree to run it. On that fateful day La Pines Café was born. Shortly after, in May of 1991, the doors officially opened. Jim ran the business well, so well in fact that in 1998 he was able to buy out his partner Pete. In 2001, with the resturant growing, Jim then decided to open a second location on Pontchartrain drive which he called ‘La Pines Too’. Business was booming when the unthinkable happened, Jim was diagnosed with an inoperable brain tumor. Jim fought with the thought of selling his beloved restaurant after all of the hard work that he put into it. Selling to a stranger just didn’t sit well with Jim so he offered Michael Murray an opportunity of a lifetime. Michael happily accepted and served a one year apprenticeship in which Jim taught him everything he knew and loved about the business. Mike then took over the business in 2005. Sadly, Jim lost his battle with cancer in June of 2005.

I was excited to tackle my new endeavor. Just as I was getting my feel for the restaurants and recipes, then hurricane Katrina hit in September of 2005, and the restaurant on Pontchartrain drive was lost. This was my introduction to the restaurant business. I have strived to keep the traditions ‘Mama Jim’ started here “comfort food at comfortable prices”, he always said. I keep the old favorites, while adding my personal touches and new creations to try. I hope ya’ll enjoy!

Drop Us a Line

Don't be shy. Let us know if you have any questions or comments!

Sign up for the specials of the week & more!